Pest are animals that either causes nuisance or disease to humans, damage to crops, structure and human food supply. In the evolution of mankind pest has always been a part of human history. Below are the top 5 common pests in Australian homes. 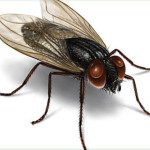 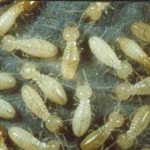 Ants- ants is one of the most common household pest problems existing today, they are found in every home, offices, buildings or places where there is food and water source. Ants can be both beneficial to humans and the environment at the same time they can be a nuisance. In countries like Africa the army ants is used as a surgical suture, the ants mandibles is positioned towards the wound and as they clip on the flesh to hold the wound close, their bodies are then cut off from the head. In South Africa the ants are used to collect rooibos seeds used to make herbal tea, the ants gather and store the seeds in their nest then the humans collect the seeds from the ant heap. As the ants increase in number the demand for food to supply the colony increases as well, this is when ants becomes pests. The common problems experienced by humans from ants is when they build their nest in places where human activity is present all the time and when they forage for food. Ants are attracted to different food products; they raid the food in the pantry and sometimes go through sealed food packets causing damage. 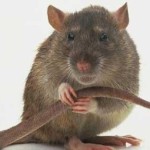 Rats– are a group of furry medium size animals. Rats are considered as a deadly pest mainly because of the disease they carry. They cause damage to homes and business by gnawing on soft metals and electrical wires, which causes fire. They tear up insulations for nest building activities. In the late middle ages the bubonic plague claimed the life of almost a third of the human population. And it is believed to have come from fleabites from rats that caused bacterial infections and swelling of the lymph nodes. Rats like to live in unsanitary places like a rubbish dump, sewers and drains. They infect the humans through biting, depositing infected urine or feaces in food and utensils or going through kitchen benches and food in storage areas causing diseases like leptospirosis, murine typhus and food poisoning.

Cockroaches- are black or brown insects and are about two inches long with three pairs of jointed legs each side. They can be found everywhere especially indoors and near food. Cockroaches feed on rotting garbage; they walk on dirt and filth so it is easy for them to pick up germs. They then walk around areas in the home, contaminating food, cutlery, cooking equipment and tabletops. They vomit and defecate on food that causes bacterial disease (salmonellosis, shigellosis) and viral disease (gastroenteritis, hepatitis A) when ingested. Cockroaches like to squeeze in tight spaces and crevices, in a home they are commonly found in confined spaces such as under stacks of boxes, newspapers, in items left idle for a long time and in wall cracks. A cockroach can live up to 12 months depending on environmental conditions and can go for 6 weeks without food. In the world today, cockroaches are considered as one of the invading pest in every establishment and home in Australia.

Termites- often referred to as white ants, is one of the most destructive and most damaging insects in civilized communities. Termites live in colonies and feed on materials containing cellulose like stored paper and wood. They attack homes undetected eating through wall frames that compromises a homes strength and safety leaving homeowners with expensive repairs. Termites are had to find unless the extent of damage is visible to the human eye or suspected evidence of termite activity by looking out for mud trails or live winged alates near window frames. Over a 3-month period a termite infestation can cause major damage to a home.

As we all know, common house pest thrive in unsanitary places around the home or when there is access to food. We should keep in mind to be vigilant in our hygienic practices at home and in the community. It is possible for pest to return and cause nuisance if good hygiene is taken for granted. That is also why it is important to get regular pest Inspections.